Spies have been tailing the presidential limousine. Not President Obama’s, but the one being prepped for his successor.

Testing of the next generation “Beast” has accelerated in recent weeks at General Motors Proving Ground in Milford, Mich., according to the KGPPhotography shooters who’ve caught it on camera.

It’s technically a hush-hush project – GM has yet to acknowledge that it is even working on the vehicle – but the automaker has been awarded several government contracts totaling $15,800,765 that suggest it’s involved. A fleet of 12 will likely be built.

The camouflaged, but clearly Cadillac-branded, vehicle appears to follow the same formula as the current model, with a faux-sedan body perched on top of a medium-duty truck chassis that can handle its 15,000-pound armor and technology-laden weight. The tall and beefy truck tires are a sure giveaway on this point. 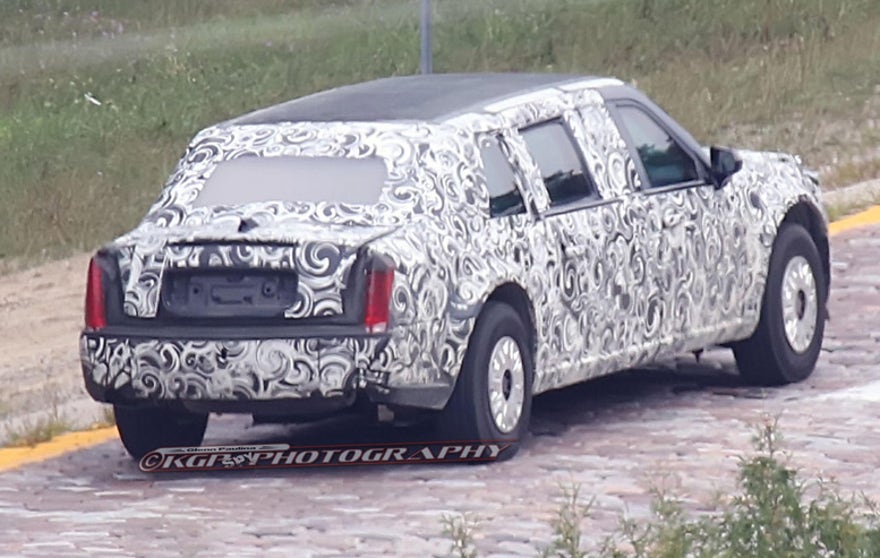 But while the shape of the passenger compartment looks similar to Obama’s, the new limo has a grille and headlight design that appear to be inspired by the latest Cadillac Escalade, and a set of small tailfins at the rear.

It’s possible that the vehicle is more of an update than an all-new design. General Motors stopped building the medium-duty truck that the “Beast” is reportedly based on in 2009, the same year Obama took the keys to the car and the White House.